As a writer, I love meeting the characters, and especially heroines, other writers
have given the world. The following are some of my favorite chicas from TV and
film, whose various awesomeness helped inspire the female characters Noa, Olivia,
Isla, Sasha, and Hilo from my debut YA novel Shattered Blue, book one of The Light
Trilogy.
KIT HENSON from A LEAGUE OF THEIR OWN 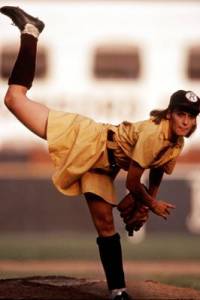 I’m a younger sis myself, with some very impressive older sibs—and so is Shattered
Blue’s heroine, Noa. I always felt for plucky Kit, fighting to be her own person, while
at the same time appreciating how special big sisters like Dotty can be!
FAITH from Buffy the Vampire Slayer 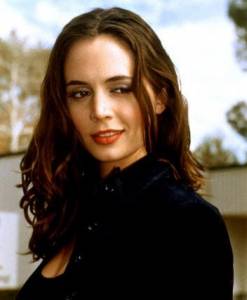 Sure, Buffy was awesome (and SMG and Spike? Yes, please!), but I always felt closer
to sometime-baddie Faith. Hilo, a pixie from Shattered Blue, shares Faith’s hard-to-
read bad-assery. Good or evil? Only time will tell!
EVA RODRIGUEZ from CENTER STAGE

Okay, so Zoe Sadana AND ballet? How could I resist? I love all things ballet, and
especially how Eva has to fight to be recognized. Her determination at her artistry is
a lot like Noa’s determination in her poetry in Shattered Blue—and Eva’s quick wit is
similar to Noa’s best friend, Olivia.
EVIE from THIRTEEN 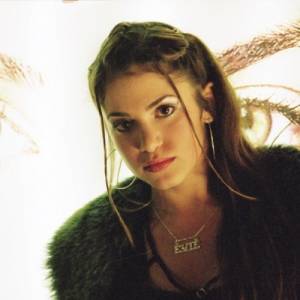 Thirteen is a truly brilliant movie, and to me, the most compelling character is Evie,
played by the co-screenwriter Nikki Reed (pre-twilight, pre-Ian). She’s a
troublemaker with insane, almost magical charisma—just like Noa’s older sister Isla,
whose ghost haunts Shattered Blue.
EEYORE 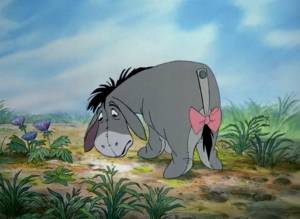 Okay, yes I know he is technically a boy and a donkey, but Eeyore is the best
character ever. He’s my spirit animal. Even when he’s so sad and depressed, he still
goes through every day with a bow on his tail. Now that’s a kind of perseverance I
tried to give Noa—and I hope I have myself!
Lauren Bird Horowitz2017-02-14T21:15:01-05:00February 15th, 2017|Categories: Blog Posts|Tags: #WritingWednesday, Favorites, Heroines, Movies and TV|